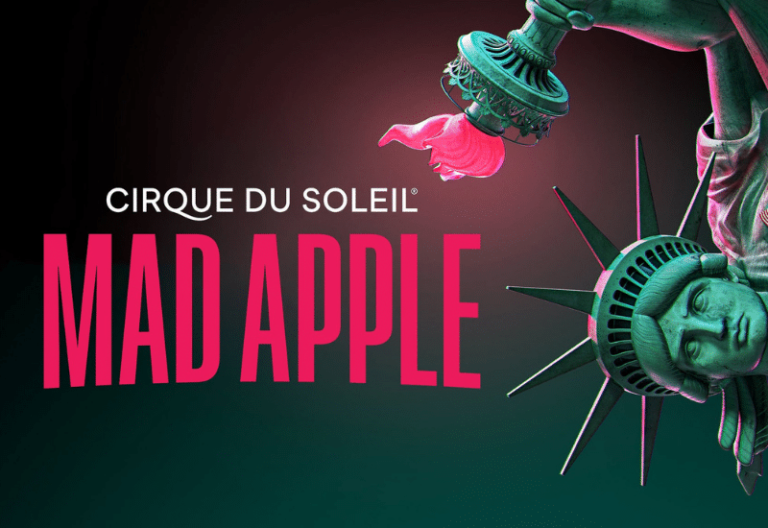 KÀ: The glory of battle, the rush of victory
Gravity defied, enemies confronted, noble combat becomes acrobatic. War has never been fought this way. KÀ by Cirque du Soleil is a colossal, moving stage is the battlefield. Up is down, land becomes sky. These dimension-bending confrontations redefine what it means to fight.

Bodies full of strength, glowing with light and heat. Minds as bright and clear as the vast heavens, the great ocean, and the highest peak.
Determination is the path, victory the reward.

Cirque du Soleil truly broke the mold with KA, its most lavish stage production to date. Unlike anything else you can see in Vegas, KA not only features Cirque’s signature dazzling acrobats and trapeze artists, this production at the Las Vegas MGM Grand also incorporates both Chinese and Brazilian martial arts, Poi, and the “Wheel of Death” — a thrilling spectacle of agility and bravery that will have you on the edge of your seat.

The theater itself was built specifically for this remarkable production, and the 360-degree rotating stage features unlikely elements such as moving platforms and a seemingly bottomless performance space, which adds to the drama to this unforgettable Cirque show. Based on the story of twins torn asunder by war, KA features 80 unbelievably talented performers from around the world. Watch in awe as they dangle precariously from a ship seemingly roiling on the seas or perform an epic synchronized battle. There’s no other Las Vegas show ticket quite like KA.

From martial arts and pyrotechnics, to music, puppetry and Chinese opera, there’s something for everyone to enjoy in KÀ by Cirque du Soleil. The jaw-dropping acrobatic performances of KÀ are rooted in a compelling story of love with a cohesive narrative, conflict, and self-discovery. Created and directed by acclaimed theatre and film director Robert Lepage, KÀ tells the story of a set of twins separated by war. Amazing feats unfold high above the audience as they fight for their freedom and are finally reunited. KÀ also gives audience members a special introduction as they take their seats, with 20 minutes of pre-show entertainment that primes audience members for the heart-pumping thrills Cirque du Soleil is known for.

Dare to be part of the battle, KÀ live at MGM Grand, Las Vegas. Book now!