Category: Shows
Laugh after Dark is back and taking over downtown Las Vegas with the funniest comics and the funkiest band every Read more…
Shows 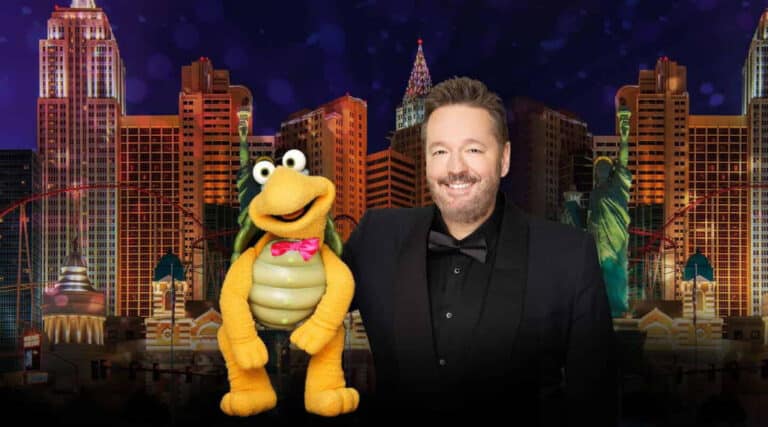 Category: Shows
Terry Fator, the Voice of Entertainment, is proud to announce a new show at the Mirage Las Vegas featuring your Read more…
View all

The stand out star of season 10 of NBC’s “America’s Got Talent” was without a doubt Piff the Magic Dragon. Think Larry David in a dragon suit performing jaw-dropping magic tricks, then throw in the World’s First Magic Performing Chihuahua™ – Mr Piffles.

With over 40 million YouTube hits to his name, Piff has performed to hundreds of thousands of fans all over the world in iconic venues such as Radio City Music Hall, Shakespeare’s Globe, the O2, London and Sydney Opera house. He was the opening act for Mumford & Sons on their 17 date UK tour and even graces the cover of their Grammy award winning album “Babel”.

In 2014 Piff left the UK to headline a show at The Cosmopolitan of Las Vegas. After the success of his stint on America’s Got Talent, Piff was offered a solo show at the iconic Flamingo hotel where he now resides three nights a week. On his days off, Piff tours the USA and in the past six months has broken records at major comedy clubs, sold out Foxwoods & Borgata and sold over 100,000 tickets.

Piff is conquering TV too. He stole the show on ‘Penn & Teller: Fool Us’ and became the breakout star of the 10th season of NBC’s ‘America’s Got Talent.’ Howard Stern and Howie Mandel were huge fans and singled Piff out as one of the funniest and most unique acts in the history of the show. America agreed and voted him into the finals.

Mr. Piffles
Every hero needs a sidekick and Piff the Magic Dragon is no exception. Step forward Mr Piffles, the World’s First Magic Performing Chihuahua. Accompanying Piff on his many adventures Mr Piffles has been levitated, laminated, shackled in a strait jacket and shot out of a cannon all in the name of entertainment.

It was during the Edinburgh Fringe of 2009 that Piff realized something was missing from his act. What he needed was a gimmick. So he sallied forth to rescue a small white Chihuahua from the clutches of deepest darkest Dundee and the pair have been inseparable ever since.

These days Mr Piffles earns his kibble charming the damsels and negotiating contracts by the power of his cuteness. And although they may be a double act, it’s no secret who the star is.

Piff the Magic Dragon and Mr. Piffles, the only magic performing Chihuahua perform some of their greatest hits from a repertoire from six solo shows. Each of these routines put a new twist to a traditional magic show.

For the past five years Piff has headlined at the Flamingo Hotel and Casino in the heart of the Las Vegas Strip. See him perform nightly at the Piff the Magic Dragon Theatre.

ABOUT PIFF THE MAGIC DRAGON’S SHOW:

Fresh from his success on “America’s Got Talent” and following record-breaking ticket sales throughout North America on his first US tour, Piff the Magic Dragon delights guests with his critically acclaimed show as a Las Vegas Strip headliner.

Piff and Mr. Piffles, the World’s Only Magic Performing Chihuahua, perform a selection of their greatest hits from a repertoire that stretches over six previous critically acclaimed solo shows, with each routine featuring their signature approach to conjuring that puts a new twist on the traditional magic show.

ABOUT PIFF THE MAGIC DRAGON:

Imagine Larry David in a dragon suit performing jaw-dropping magic tricks and you’re on the right track. With more than 12 million YouTube hits to his name Piff, the standout star of “Penn & Teller: Fool Us,” has performed to hundreds of thousands of people in prestigious venues such as Radio City Music Hall, the O2 Arena in London, and Sydney Opera House. His sidekick Mr Piffles, The World’s First Magic Performing Chihuahua has been levitated, laminated, shackled in a straitjacket and shot out of a cannon, all in the name of entertainment. Just one thing: They don’t do children’s parties.

Piff along with his trusty sidekick Mr Piffles – The World’s Only Magic Performing Chihuahua, and Las Vegas Showgirl, Jade Simone, perform a one-of-a-kind comedy and magic show suitable for eight to eighty year olds. In 2019, the Flamingo renamed Bugsy’s Cabaret, in honor of the greatest magic performing dragon to appear at the Flamingo on the Las Vegas Strip with a tiny dog. 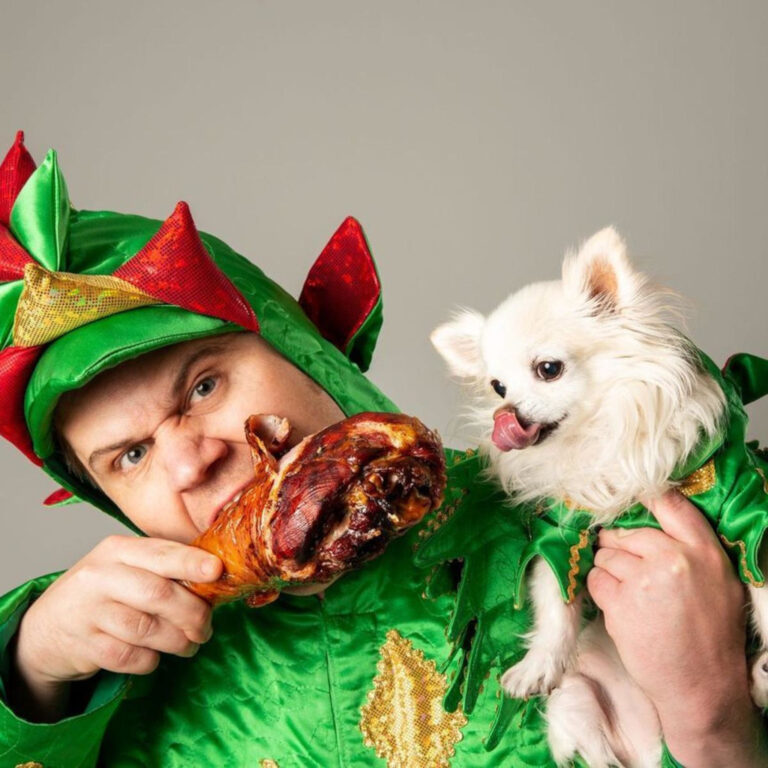 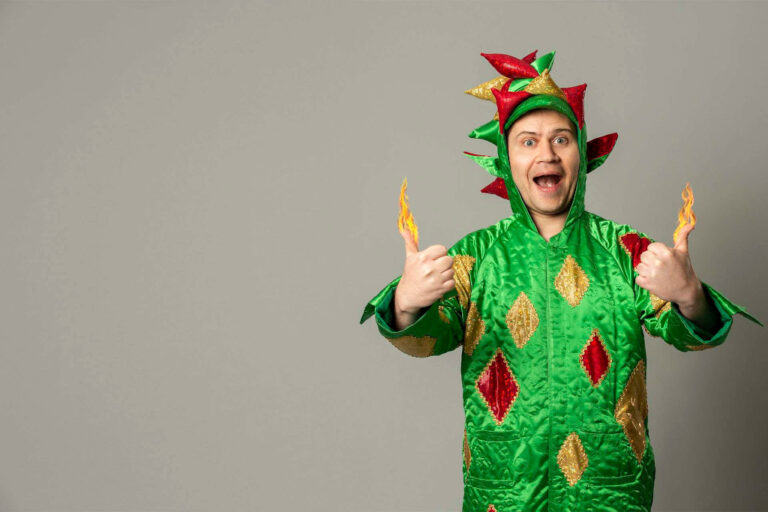 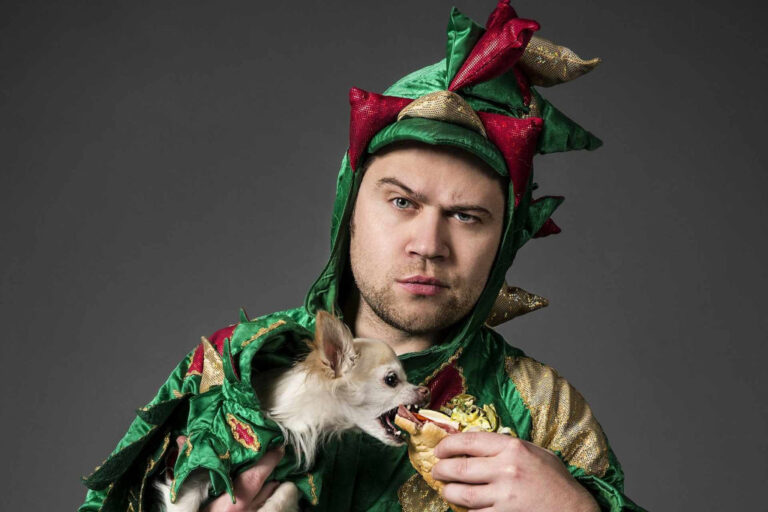 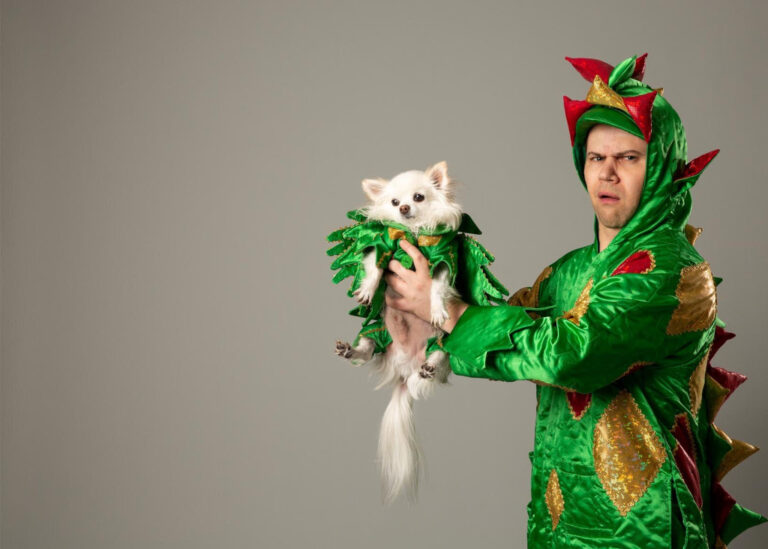 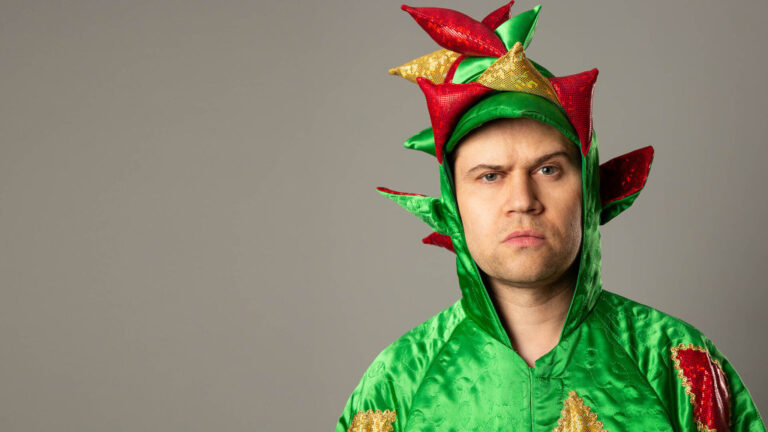 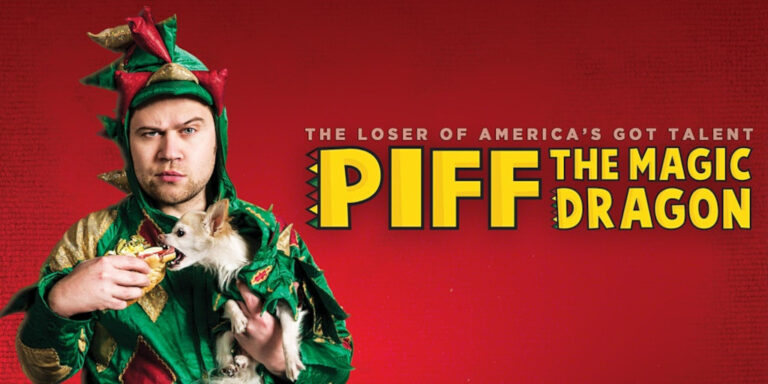